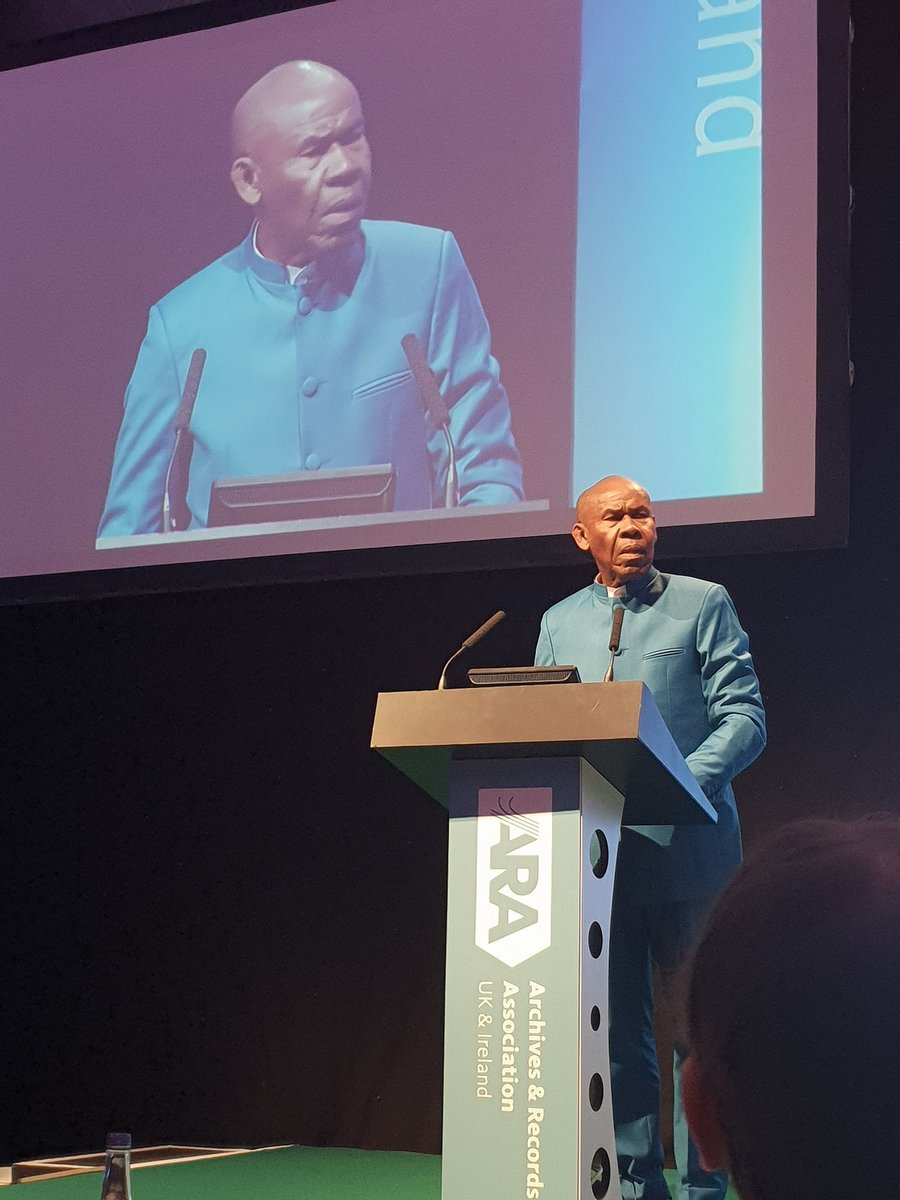 Despite joining the profession seven years ago, last month’s conference was my first experience of the ARA’s annual gathering. Having never previously had the chance to join colleagues at the archives, records management, and conservation event of the year, when the ARA announced it was coming to Glasgow – my home city – in 2018 I was determined to make amends for previous years’ absence.

Unfortunately, I was only able to attend day one of the conference; but even though I only managed to take in a fraction of what the conference had to offer, I was struck by the range of speakers, topics, and the general air of enquiry and openness to new ideas that predominated throughout the day.

For the morning session, I attended a panel on ‘Oral History and Sound’ with speakers from the University of Edinburgh, British Library, and National Library of Scotland. The first speaker of the session was Caroline Milligan who played some truly compelling oral histories from Edinburgh University’s School of Scottish Studies archives as part of her discussion on the ongoing relevance of traditional sound collection. She was followed by Will Prentice who provided an update on the British Library’s ‘Unlocking our Sound Heritage’ project and the challenges regarding rights restrictions – although, as he pointed out, this isn’t a problem for the tens of thousands of wildlife recordings they’re working with as animals don’t have IP rights!  Finally, Alastair Bell spoke on the remarkable work of NLS’s ‘Connecting Scotland’s Sounds’ and sound’s status as ‘the poor cousin of archives.’

The first of the two afternoon sessions was my own speaking slot, alongside Sarah-Joy Maddeaux from Essex Record Office, whose paper on her ’You Are Hear: sound and a sense of place’ project had everyone in the room wishing that they too had talking benches.

For the final session of the day, I joined delegates in the smallest – but very busy – side room of the conference to listen to Shirley Jones, conservator with West Yorkshire Archive Service, discuss her first foray into the world of user engagement, followed by Jonathan Hines from Architype and Erica Kotze of the University of St Andrews, who presented a fascinating paper on their use of passivhaus principles in the St Andrew’s University Library and Special Collections Store.

However, it was the opening keynote address that had the biggest impact on me. Professor Gus John delivered a bold and challenging paper on the lack of diversity in the archive profession and the impact that has on the records we decide, as a profession, to keep. It was perhaps an uncomfortable truth for some but there is no doubt that the archive profession has a long way to go before its ranks begin to reflect the wider populace who’s written history we collect and preserve. A lack of diversity among archivists inevitably leads to a lack of diversity in archives and that, ultimately, impoverishes our ability to produce representative and authentic histories. 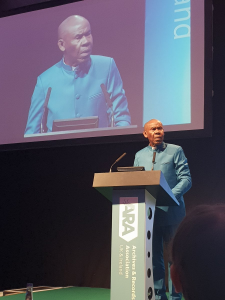 Where the profession goes from here is hard to say. There is a limit to what can be achieved as a sector alone – archivists are not the only ones facing ever rising entry barriers, prohibitively steep tuition fees, and increasingly precarious and poorly paid (and sometimes extended periods of unpaid) work for new professionals. However, with a day rate of £190 and a limited number of bursaries, reducing access barriers to the conference itself seems like a good a place to start as any.

As individual business archivists, Gus John’s challenge to the sector may seem a remote concern from our day to day working lives. However, it’s important that the profession makes the space for these kinds of conversations and from time to time takes a step back to think critically about itself and its own role in the production of history. This year’s theme, ‘People Make Records’, could not have asked for a more stimulating beginning.